Help to save old beech forests in Germany and protect the climate. Lease your protected area for the next 50 years and make yourself and nature a special gift.
Protect your Forest now
zurück
Home
Conservation Project

The Forest Conservation Project in Germany

By nature, Germany would be over 90 percent covered by forest, most of it beech or beech/oak mixed forests.

These forests are characterized by long-lasting stability, disturbances in the form of storms or fire are alien to them. Many highly specialized animal and plant species have adapted to such permanent forests. Most of them depend on particularly old trees; the rare middle spotted woodpecker, for example, can only colonize beech forests from a tree age of 200 years.

Ancient beech forests are the rainforests of Europe, and similar to the tropics, they are in very bad shape. Today, we no longer find any primeval forests in Germany, and the old trees are also becoming increasingly rare:

Beech forests from age 180 only account for 0.16 percent of the land area. And even these small remnant areas continue to be managed, so that usually only one-third of the trees remain in these old-growth forests. Deadwood, present in virgin forests at about 20,000 cubic meters of wood per square kilometer and an important habitat for 3,000 species of insects and fungi, is largely absent in managed forests.

Overall, the already small area continues to decrease, as logging is allowed to continue even in nature reserves.

How does the project work?

Already from an area of one square meter you can protect your own wilderness area. With the income the forest owners can compensate the lost income from the timber harvest and at the same time the forest owners lose their right of use for the next 50 years, so that the forest is consistently protected. An entry in the land register by a notary ensures that the project areas will remain protected for the next 50 years. The lease of 4 euros per square meter is a one-time payment - there are no further costs or obligations. By supporting the project, you are making an important contribution to climate protection and biodiversity. 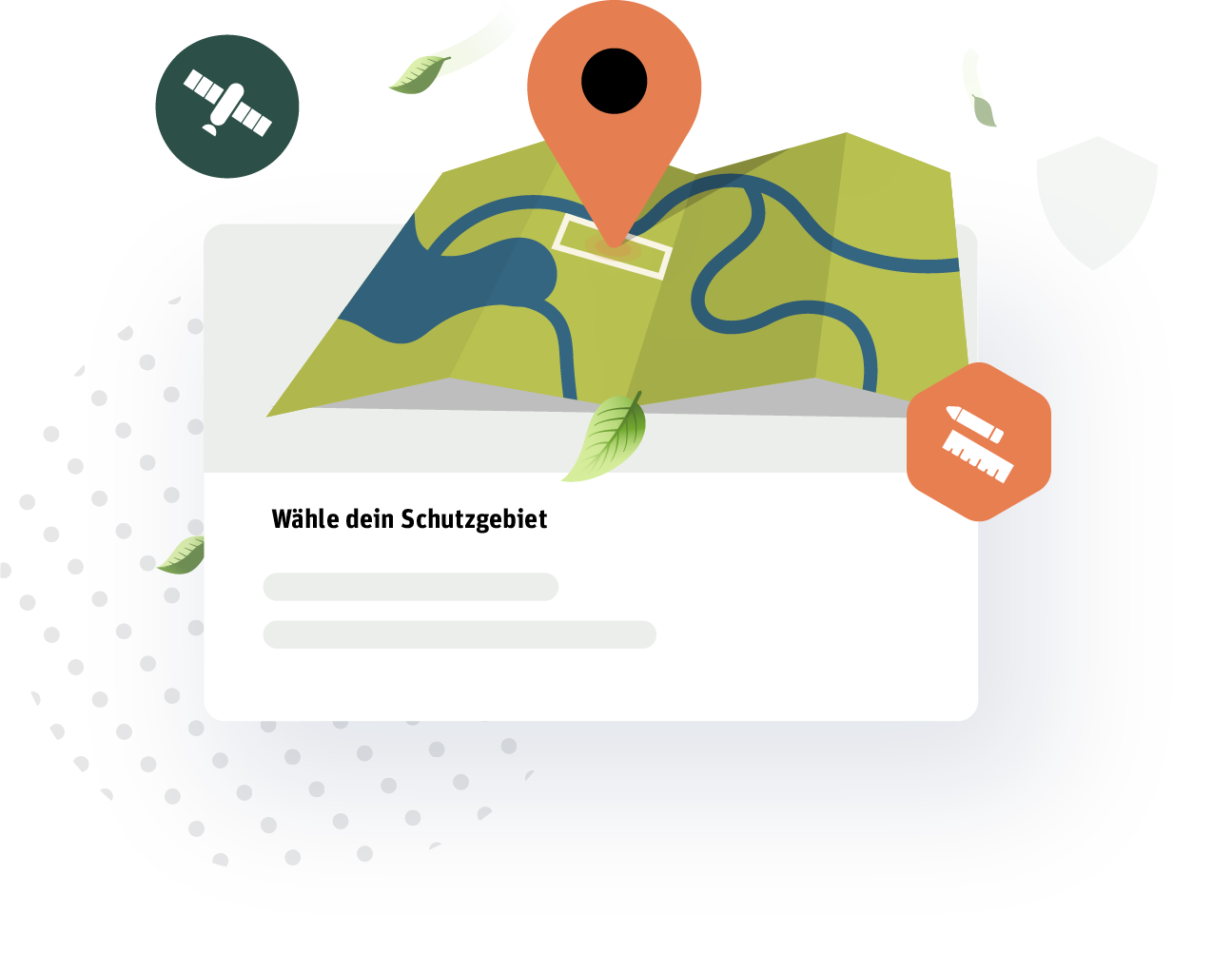 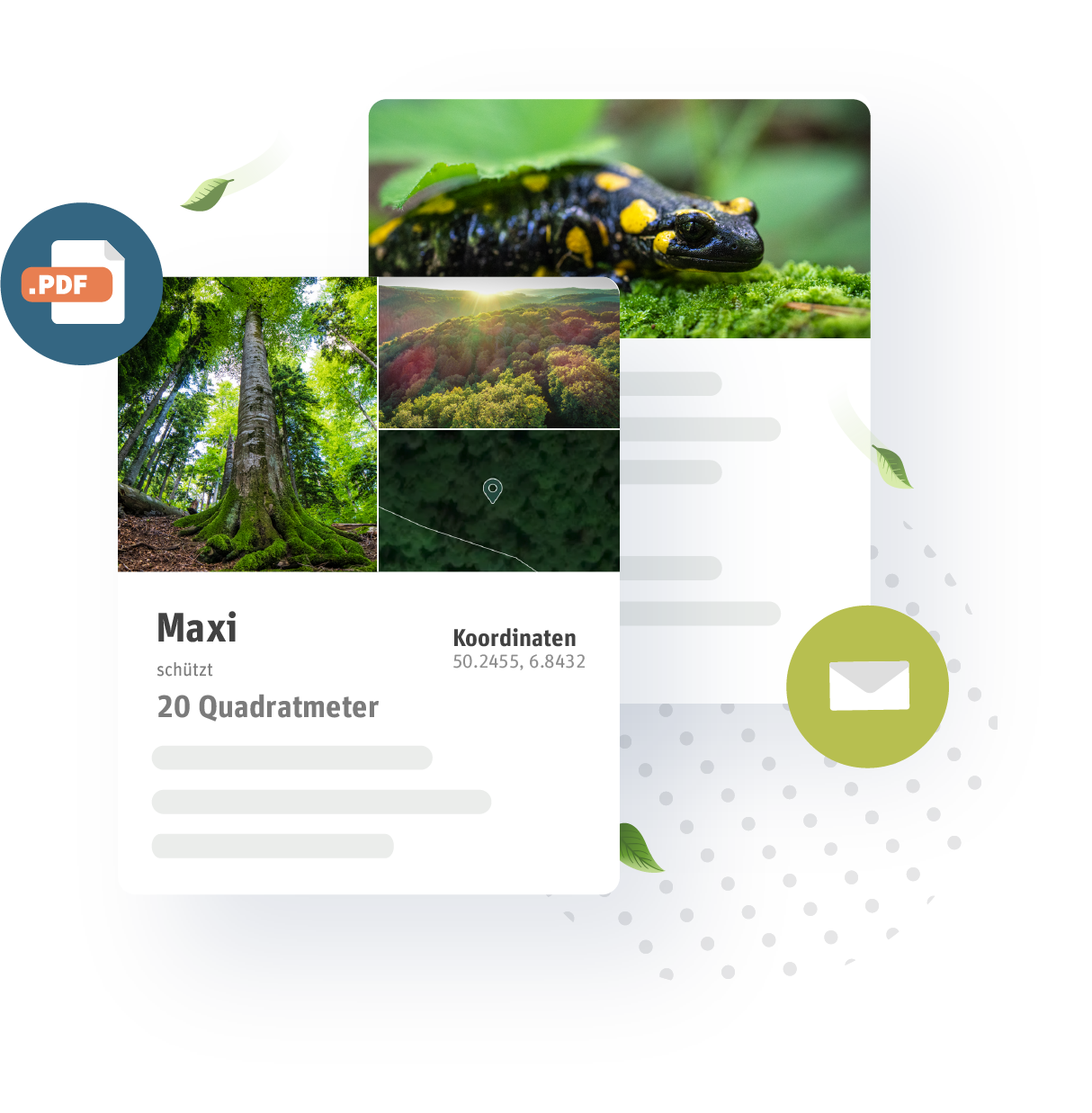 Certificate by email or mail

Own sanctuary, own landing page

After you place your order, your own landing page will be created for your personal sanctuary. When you scan the QR code on your certificate with your smartphone, you will be taken to the sanctuary's own page, which you can share with family, friends and relatives. There you will also find an interactive satellite map and all the important information about the size and location of your own piece of forest.
We are currently still developing new features that will be added on an ongoing basis. 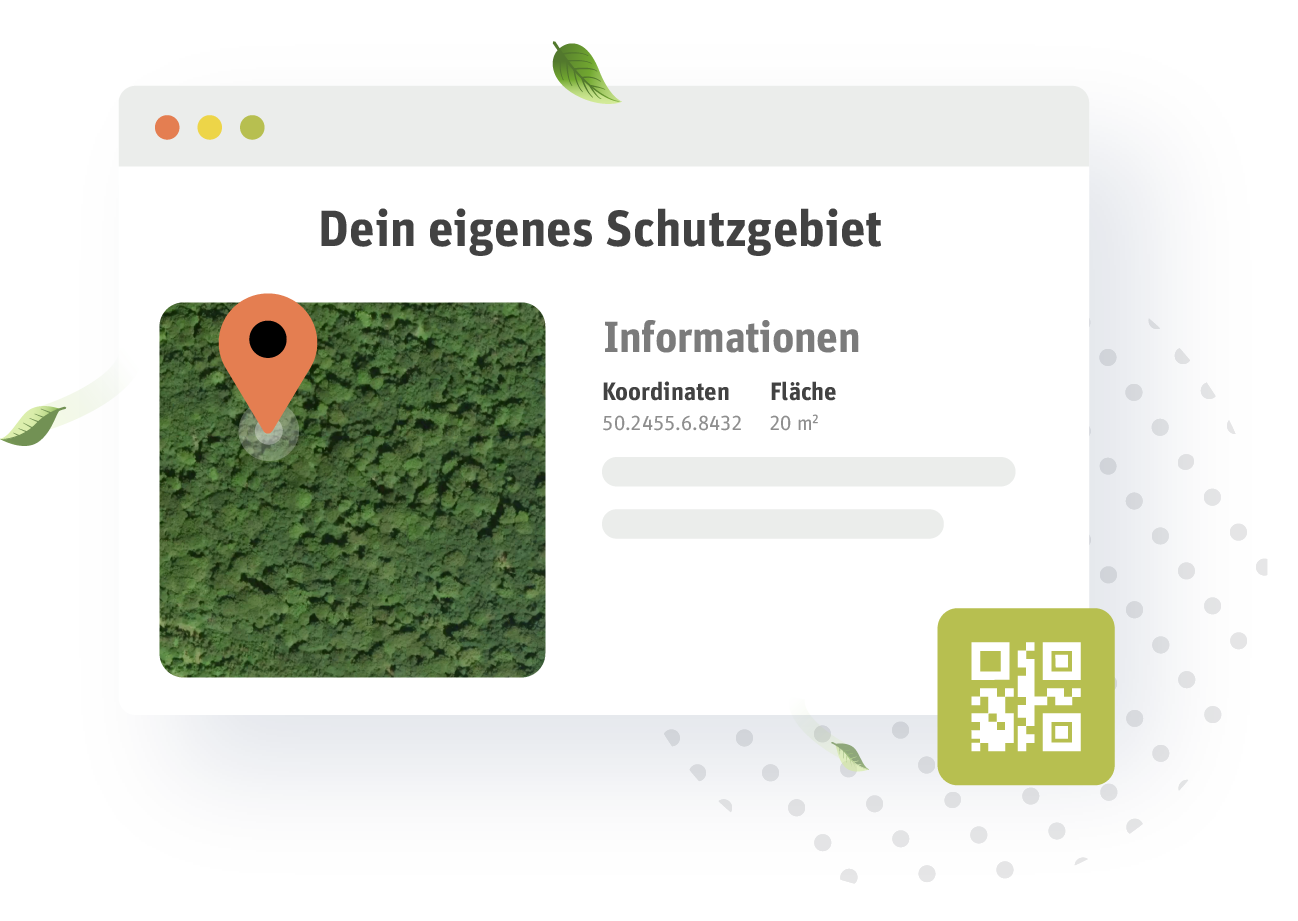 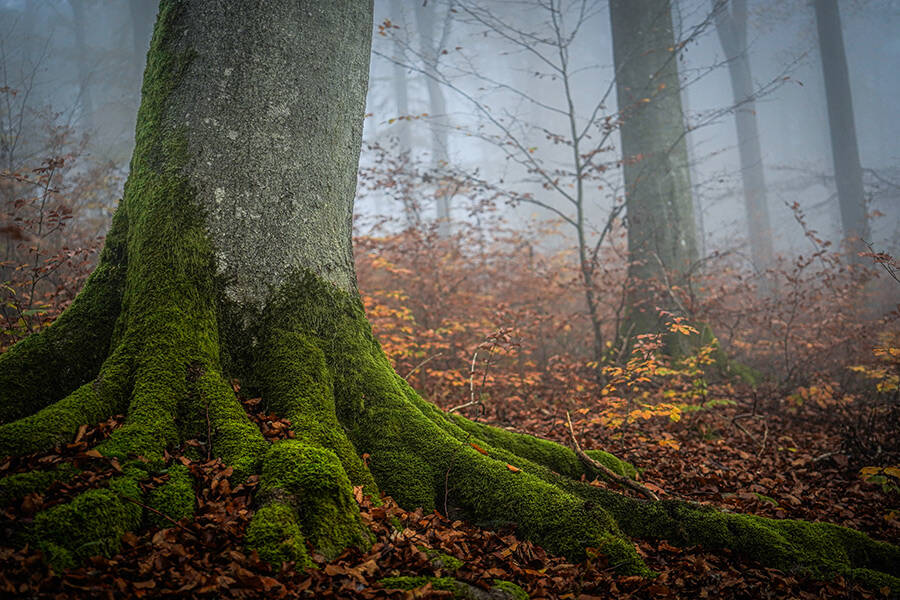 Ancient beech forests play an important role in climate and species protection. Per square meter, at least 70 KG CO₂ are stored long-term in the primeval forest reserve. Over the next 50 years, another 50 KG CO₂ per square meter is expected to be sequestered.

THE CONSERVATION PROJECT IN GERMANY

Guided tour of the project area:

If you protect 75 square meters or more, you can participate with a total of two people in a free guided tour of the protected area with our forest experts.

(Attention: Since it is partly a bit steeper here, you should be good on foot).

If you have to cancel a booked hike date at short notice, you are welcome to rebook on another date.
A further, second rebooking is not possible. Thank you for your understanding! 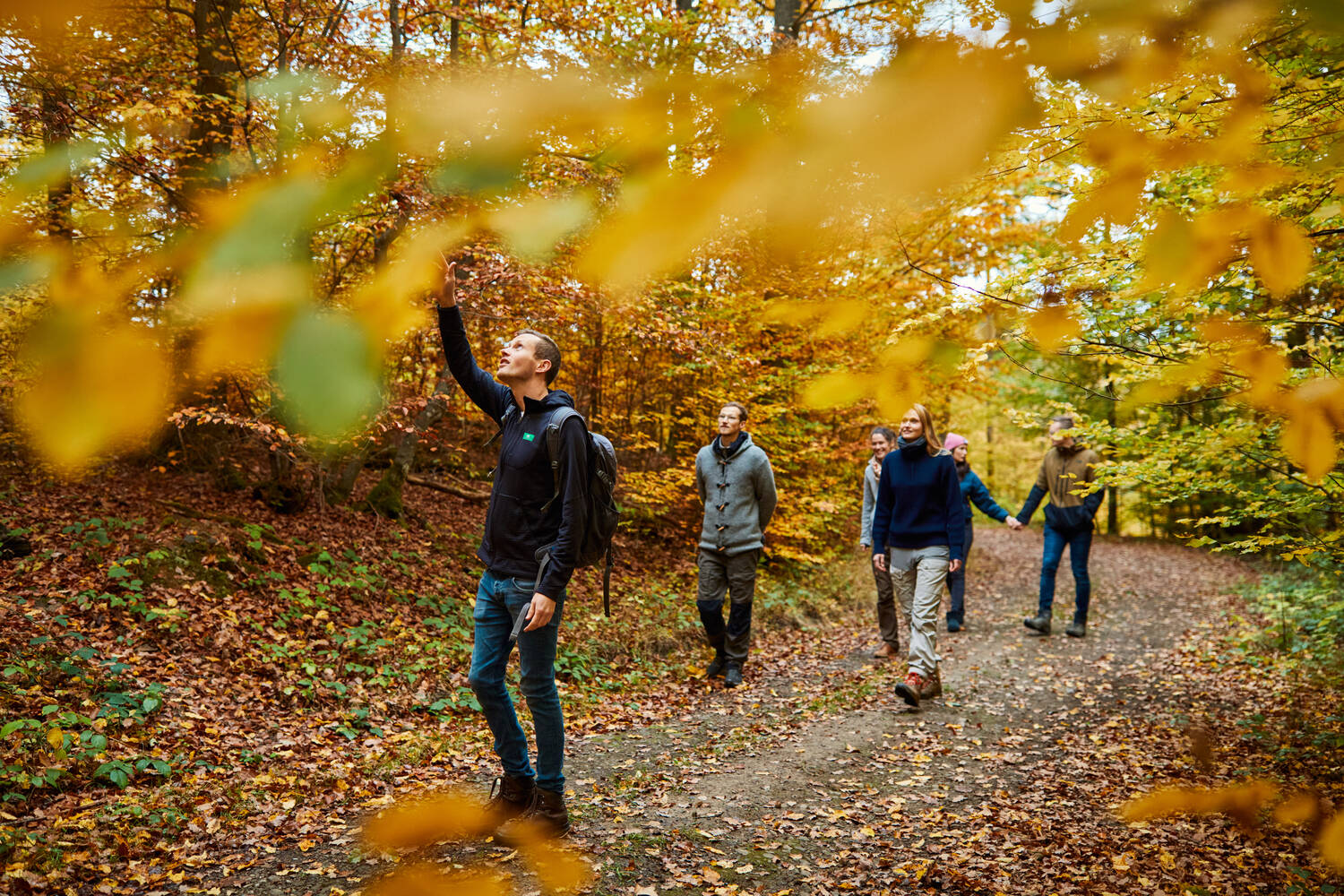 Information about the protected area

Situation in the municipality of Wershofen


The municipality of Wershofen owns about 400 hectares of forest, which has been consistently managed ecologically since 2006. The non-native conifers are pushed back in favor of deciduous trees, no chemicals are used and, above all, no full harvesting machines are used. The goal is the development of old deciduous forests, which can take over the functions of the primeval forests again.

A special feature are old beech forests, in which already for many years no more wood was used. The trees, now between 160 and 200 years old, are consistently preserved. Dead trees remain in the forest.
The financial pressure to use the woods, however, is growing. Therefore, the municipal council has decided to secure the areas elsewhere. The goal is on the one hand the compensation of the escaped wood proceeds, on the other hand the durable rescue of the old trees.

The security of the renouncement of use takes place over leases with the forest academy.The total operational strategy is besides examined over a permanent control sample regularly by independent experts. Accompanying on the protection area different research work takes place.

In the meantime an increase of the occurrence of rare kinds is observable: Thus in the local forests for example black woodpecker, middle woodpecker and black stork are. Even the extremely shy wildcat is observed here several times a year. Forest inventories also speak a clear language: for example, the living biomass, predominantly bound in the wood of the trees, in the beech stands has meanwhile reached twice the value of managed forests and has thus returned to virgin forest levels.

By nature, Germany would be over 90 percent covered by forest, the majority of which would be beech or beech/oak mixed forests. Beech forests from the age of 180 today only account for 0.16 percent of the land area.  And even these small remaining areas are still managed, so that as a rule only a third of the trees remain in these old-growth forests. Particularly old, uncultivated beech forests are important partners in the fight against climate change. These forests also react less sensitively to the changes caused by climate change.

Does the primeval forest project make a contribution to climate protection?

Yes, the Buchen-UrwaldProjekt makes an important contribution to climate protection. Old forests store large amounts of carbon in the soil in the long term. In managed forests, this carbon is released back into the atmosphere. (Luyssaert et al., 2008) Furthermore, such old forests massively cool their surroundings by evaporation of water. (Ibisch et al., 2018)

Is the development of the protected area observed?

Yes - We have been carrying out regular inventories in the protected area since 2018. In addition, further university research projects are carried out in the primeval forest project.

How is protection secured over 50 years?

An entry in the land register by a notary ensures that the project areas will remain protected for the next 50 years.

We want to make the project as transparent as possible. Immediately after ordering, the exact protected area is automatically measured geographically and visualized on a satellite map. Thus, every tenant sees exactly where his or her own protected area is located and can visit it at any time.

Will there be any additional costs for me?

No - the lease payment of 4 euros per square meter for the next 50 years is a one-time payment. There will be no further costs for you.

Do you have any questions? 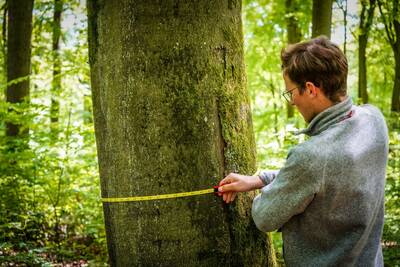